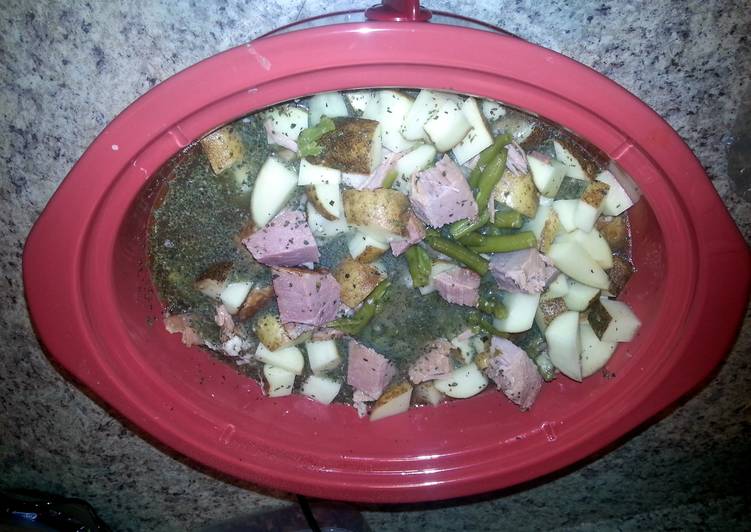 Tip: To get a crispier dish, we'd suggest sautéeing everything in a saute pan once it's done cooking in the crockpot. I cook my ham, green beans, and potatoes in a slow cooker, so I wrote the recipe accordingly, but you can easily make this in a big soup pot or dutch oven on the stove as well. **Just note that if you do a stovetop variation, you'll want to cut the cooking time by about half since the stove simmering process takes less time. Place half of the cabbage, onions, potatoes, beans and ham down in the crock pot. Season with half of the pepper and salt.

Add the remaining cabbage, onions, potatoes, beans and ham along with the remaining salt/pepper. Meanwhile, chop celery, onions, carrots and potatoes. Do the potatoes last or soak them in water so they don't turn brown. When the ham bone is ready to come out , in one hour, remove it. Add one tablespoon of extra virgin olive oil with a little dried thyme, garlic powder and the chopped vegetables to the stock.