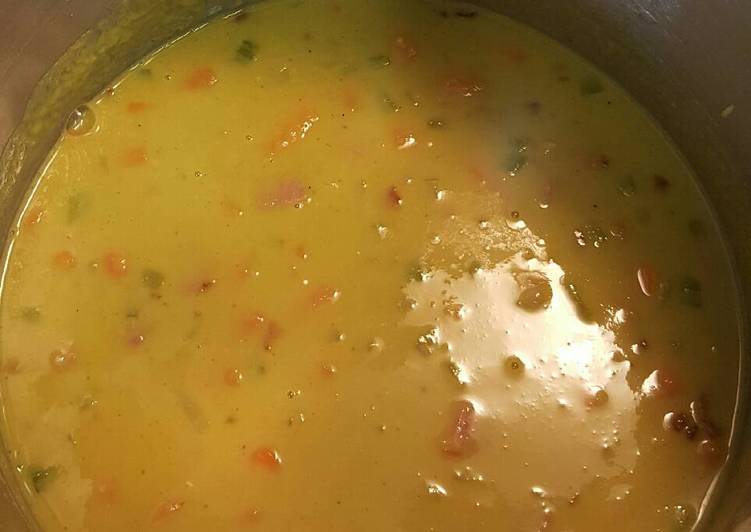 Add split peas, chicken stock, thyme, bay leaves, and seared ham hock to the pot and bring to a boil. Split Pea Soup with Rosemary "This soup is simple and fantastic. I also added some diced ham and blended about a quarter of the soup to make it creamy." – TZim. You can cook Split Pea Soup using 11 ingredients and 9 steps. Here is how you cook it.