Best Ever Potato Soup. You'll be surprised at the taste of this rich and cheesy easy potato soup. It really is the best potato soup recipe, ever. I came up with it after enjoying baked potato soup at one of our favorite restaurants. 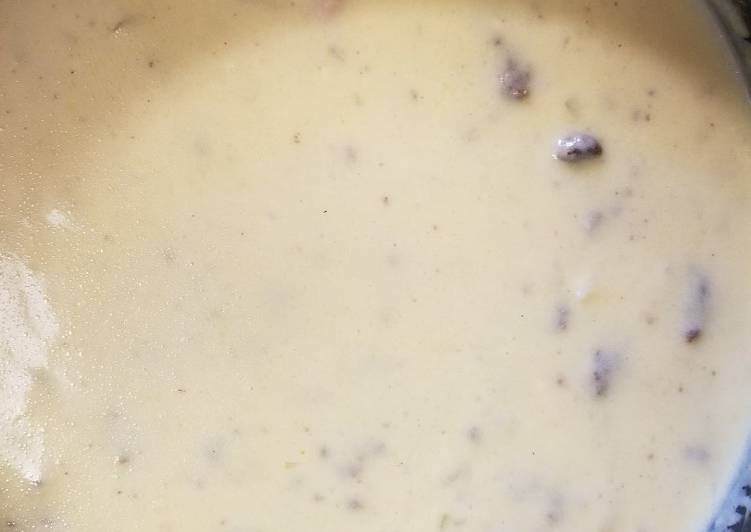 In a large stock pot combine potatoes, onions, celery, bouillon cubes and enough water to cover all ingredients. Potato soup is definitely on the menu for this weekend, though… it's so frigid outside I've convinced myself that I need soup, specifically creamy potato soup, to survive. Potato soup makes me dramatic, evidently. You can cook Best Ever Potato Soup using 8 ingredients and 5 steps. Here is how you cook it.

Ingredients of Best Ever Potato Soup

If you're in the midst of a cold spell yourself (or even if you're not) I think you're going to enjoy this creamy potato. In a Dutch oven, cook the bacon over medium heat until done. Remove bacon from pan, and set aside. In a large saucepan, cook bacon until crisp; drain.

Add potatoes, broth, carrrot, onion, parsley, celery seed, salt and pepper. In sauté pan, cook bacon until crisp. Drain bacon fat and place on paper towel over plate to drain more. Potato Soup loaded with chunks of tender, hearty potatoes and made with a rich and creamy soup base. This soup is a reader favorite and for good reason – it's easy to make and absolutely delicious!