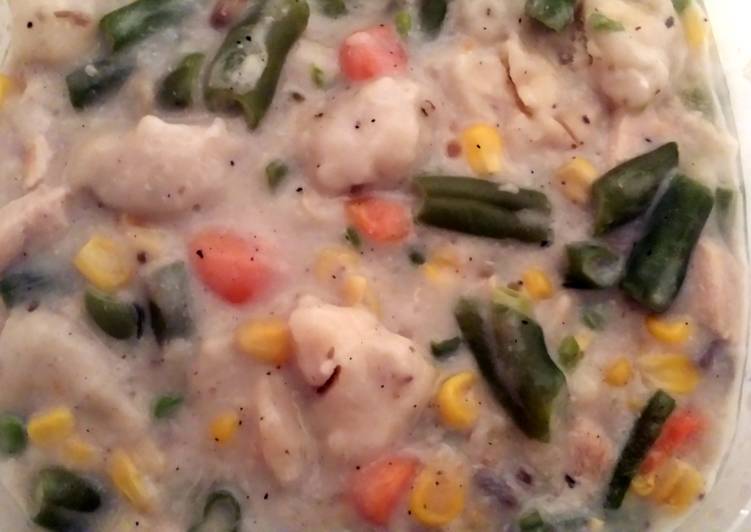 Ingredients of Chicken and dumpling soup

This time, the topic is Modernizing Vintage Recipes. This chicken and dumplings soup is super easy to make thanks to Pillsbury™ biscuit dough, but you can make it even easier! The recipe calls for cooked chicken; instead of cooking the chicken yourself and taking the time to shred it, pick up some shredded rotisserie chicken from the grocery store so all the prep work is already done for you. Granted, I did used canned chicken (chopped or shredded work perfect though), soup, veggies, and biscuit dough.

In a large stock pot or saucepan cover the chicken with salted water and simmer until cooked through. When tender, remove chicken from pot. Remove meat from bones and keep warm while making the dumplings. Add the chicken broth, cream, thyme, and bay leaves and bring to a simmer. Make the dumplings: In a large bowl, combine the flour, baking powder, salt, pepper, and cream.