'Better than it looks' Split pea and ham soup. Original Better Than Bouillon® Ham Base is made with ham. This gives it a richer, more robust flavor than ordinary bouillons or soup stocks. Better Than Bouillon blendable bases easily spoon right out of the jar and let you add as much, or as little, flavor as desired. 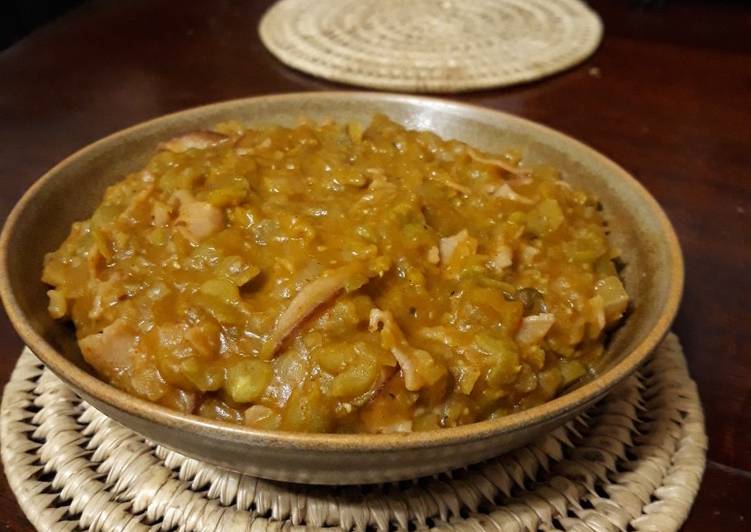 But in hindsight, I think Pea and Ham Soup should take that title. A sparkling white Corn Chowder is pretty. A Thai Tom Yum Soup is colourful and vibrant. You can cook 'Better than it looks' Split pea and ham soup using 8 ingredients and 4 steps. Here is how you achieve it.

Ingredients of 'Better than it looks' Split pea and ham soup

Creamy Carrot Soup is a cheerful bright orange colour. Split Pea Soup with Ham There is no better soup for those cool Fall days than split pea soup. Brian's version has carrots, celery, onions, potatoes and ham too so it's loaded with the good stuff. Bring mixture to boiling; reduce heat.

Nothing can be better than a super simple and easy nourishing soup as I demonstrate in this video. Split Pea and Ham soup is one of the best. This video goes out to Paddy, who also made his super. Melt butter in large pot on medium heat, then add onion, celery and carrots and cook, stirring often, until onion is softened. If you have leftover ham of any sort, it will be fantastic in Creamy Split Pea and Ham Soup!